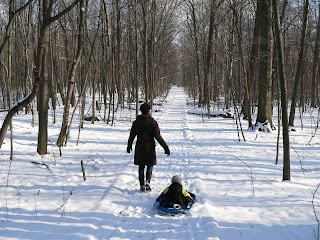 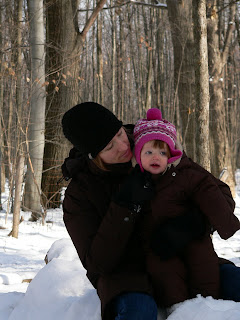 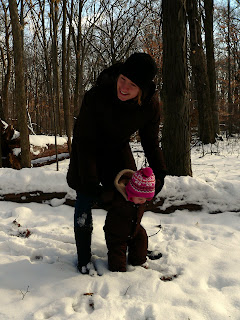 Posted by Robin Danely at 1:34 PM No comments:

Posted by Robin Danely at 2:35 PM No comments:

Email ThisBlogThis!Share to TwitterShare to FacebookShare to Pinterest
Labels: seasons

I don't know what it is. I'm compelled to make slippers for everyone this winter. If you're nice, you could be next!

These cute flats I made for my mom, from this pattern by Cheri at Shoeology. 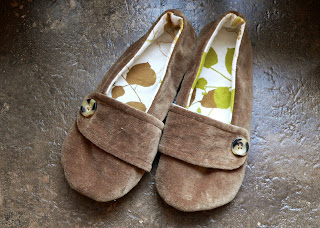 The uppers are cotton velvet from some curtains I found at a thrift store, and the soles I cut from a pair of suede pants, also thrifted (for $5!). The lining is a sweet flannel that I saw at the fabric store and couldn't pass up, even though I didn't have a plan for it at the time. 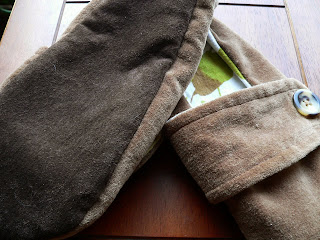 The buttons are total fake-outs... the fastener is actually velcro. It's high time I learned to use the automatic button-hole-maker function on my sewing machine -- I mean, it IS automatic, how hard can it be? -- but I'm impatient, so this pair got velcro. 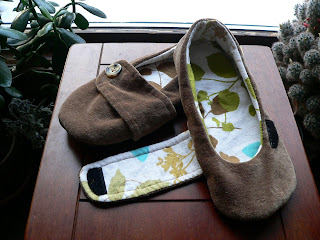 Then I made (yet another) pair of shoes for Isla, with the same combination of materials. I used the pieces from this pattern by the CoffeeLady. I had made a pair with felted wool, and crocheted the whole business together, per her instructions, and OH MY GOD it took so much time. I should have paid attention to the "intermediate" part of the instructions... but no, I am stubborn. They're adorable, though, and you should go buy some from her shop.

I decided to try them sewn, and here's what I got: 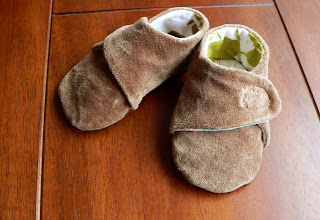 I'm going to need to tweak the pattern a little, but they're awfully cute and they STAY ON! That's a first! 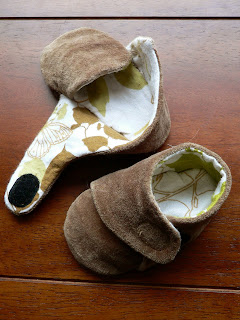 See what I can do when I get some sleep?

I can't remember what I was going to write about. It was probably awesome, though.

I have not been able to listen to the news on the radio for some time now. All the stories are just jumbles of words that shoot in rapid-fire succession right past me. Or I'll catch every tenth word, plink, plink. My brain is as permeable as a tin roof.

News reaches me, if it does, through the fog, details fuzzed and dull. Meanwhile, I have plenty of attention for gofugyourself.com. I can't explain it. That shit is funny, man.

Simple things elude me. Jason asks me a question, and it hangs in the air while I wait for it to land on something solid in me, to become something solid itself that has a solid answer. But instead I am taffy -- pliable and impressionable, an unwitting philosopher gazing at the very question-ness of the question -- and the ensuing silence is perplexing rather than enchantingly mysterious, I'm sure.

I'm sorry you can't reach me. I have been unreachable.

I have been sleeping in little wisps for the past five months, and that is as much as I can handle.

My pre-baby self would have thought that sleep deprivation would make a person sleepy. Just, sleepy. Sleepy.
That's like calling the Mona Lisa cute.

Okay, it's true that at first sleep deprivation makes you sleepy. Then you get clumsy, then forgetful. Then you get spacey. Then you can't think of everyday words that you used to use, well, every day. Then you get punchy and cross and short-tempered.

Beyond that, even: I have felt trapped. I have wanted words like slouched, smudged, shredded, because SLEEPY cannot begin to address how coiled and raw and sour I am.

I haven't wanted to write about it. I wrote about it enough with Auden -- I fought good and hard against it then, wrung my hands over various sleep training methods and in the end he just figured it out on his own. I didn't want to fight this time. Mainly, I didn't want to let her cry because we're sharing a room, and the thought of EVEN LESS sleep than I have currently been getting, even if only for a few nights, triggered a severe bout of adrenal-coating denial. So I've been getting up with her three and four times a night and encouraging all kinds of bad habits.

I know! If I were reading, I'd say the same thing: You is crazy, woman! Put that baby in the basement where you can't hear her and take some Tylenol PM. Sheee-it.

I justified putting off that kind of dramatic action by blaming her wakings on the move, and colds, and teeth, and more colds, but to be totally honest, I was just hoping there was a gentler way.

I am telling you now that there was not. My Jeckyl-and-Hyde mood swings are exhausting, Auden is learning too many swear words, and I am desperate for the kind of normal brain functioning that allows me to be creative and to carry on conversations with my husband. And my cuticles are a disaster. So, something had to give.

We moved her to the basement a few nights ago, and the first night I slept for 7 HOURS IN A ROW.

This morning I even woke up before she did.

I have no way of knowing if she wakes up at night, or how many times, or for how long. I felt guilty about this at first, but that guilt was an illusion.

But the sleep, oh ho ho! The sleep is real.

Email ThisBlogThis!Share to TwitterShare to FacebookShare to Pinterest
Labels: mama, not sleep

I know I'm biased because this is my own child, but seriously. I've had to watch this like 10 times in a row because I cannot absorb all the cuteness in one viewing.

Hope your holidays were full of cuteness and delight, too!